Goats we have lost over the years! 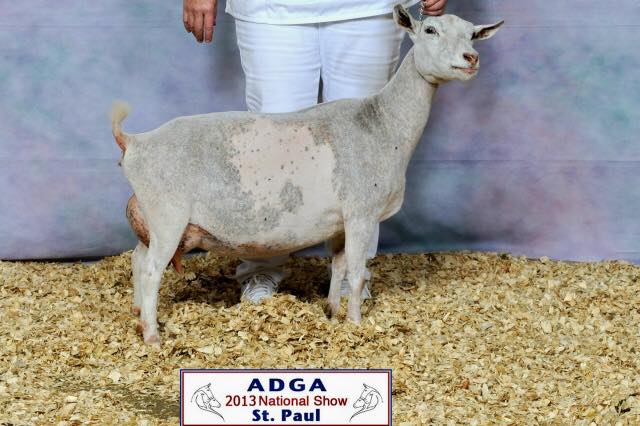 Show wins:  NATIONAL BEST UDDER and TOP Butter Fat Award, 15 Best of Breed Wins and 5 Best IN Show Wins*****
Placed 5th out of 20 at the 2010 ADGA National Show, the first show Nigerians were allowed to participate in with the ADGA!  Rain-Beau was there, making history!  Official DHIA Height 22.25 inches for 2013.

One could not ask for better genetics in both MILK and CONFORMATION. This doe has a perfect udder and teat placement.  She is the most beautiful Nigerian Doe I have personally ever seen.
She earned her GCH title in ADGA in 3 shows and was in the first group of Nigerians to be awarded her SG (superior genetics award).  She won her last leg for her AGS ARMCH as a seven year old doe.  She is a long legacy of Champions with 2 full sisters and several half sisters who have earned their GCH as well.  Full Sister to SGCH / ARMCH NC Promisedland Beau Nita 2*M AR, 3*D E (who was #1 in Milk 2008 with 1534 lbs milk over a 300 day lactation) and SGCH / ARMCH NC Promisedland Sunni-Beau-No 2*M AR, 3*D.
***Rain-Beau was a AGS Top Ten Production doe in Milk, Butter Fat and Protein for 2013
*** Top Ten ADGA Production doe for butter Fat 2009.
Her 2010 LA 89, E Mammary. This doe is also an ADGA ELITE DOE, several years in a row.  This doe has her AR (Advanced Registry) in both ADGA and AGS for milk production!
She has a lovely head, the sweetest disposition and a will to milk.  She easily sweeped the Alabama National Fair with BEST OF BREED over 4 other Champions and the Grand Champion Doe as well as BEST OF BREED and BEST UDDER at the National Peanut Festival.  She won Best Udder at the National 2013 Show at seven years of age. She won BOB and Best Udder at both the National Alabama Fair and The National Peanut Festival.
Photos & Info Courtesy of Oldesouth Farm 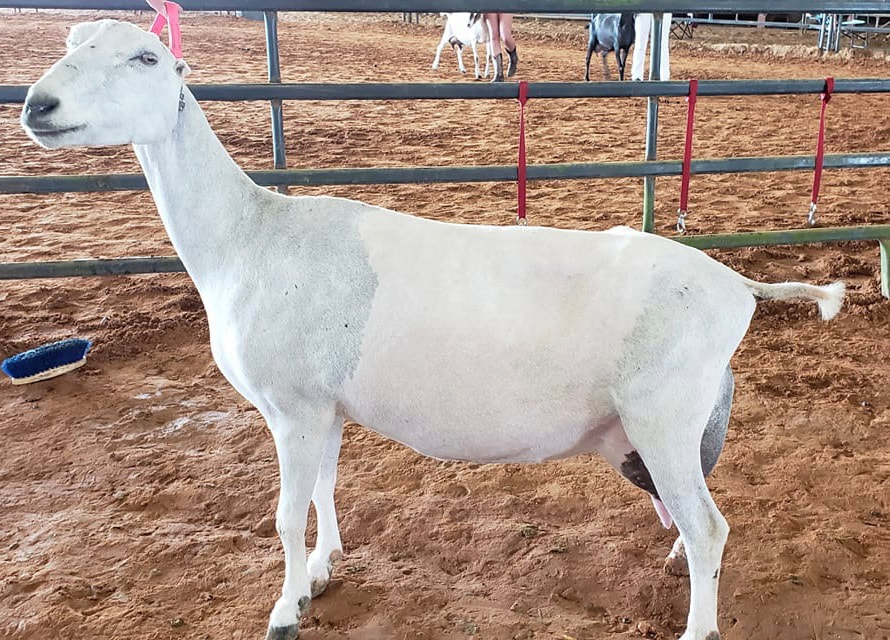 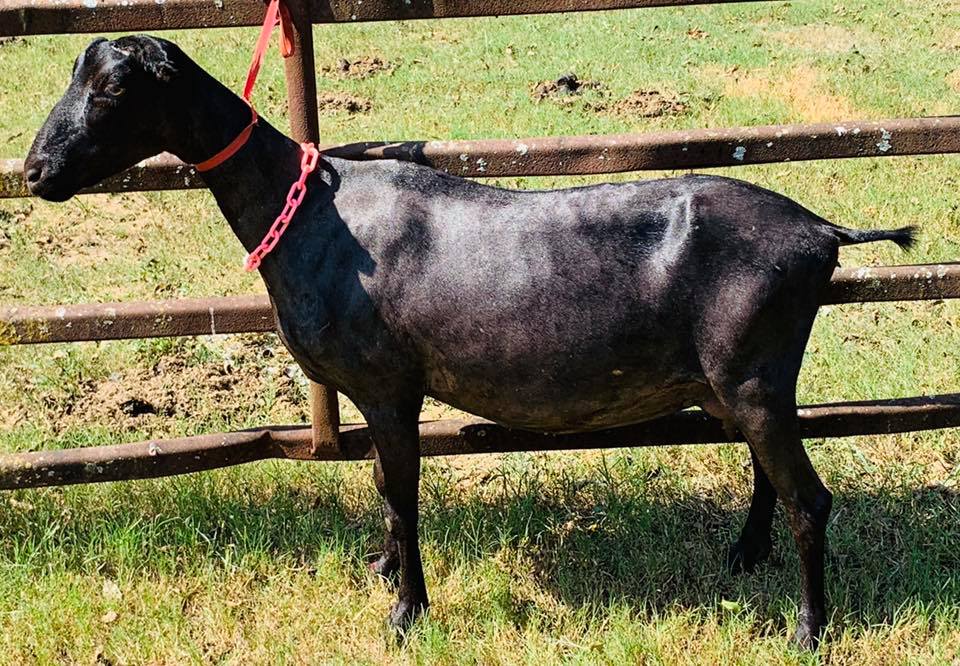